Hello everybody, it’s been a while – but finally, I have some time to start blogging again, and thought I’d review my new toy!

I was lucky enough to be given an Amazon Fire Tablet recently, and have had a week to play around and get used to it. I had never owned a tablet before, and had relied on my phone for books and TV for my daily commute. However this wasn’t ideal due to the screen size (not to mention my phone battery being drained before the day had even started!).
As I said, I have had the Fire for a week now, and have used it on my commute each day thus far. I started by downloading some books, and I wasn’t aware of just how many there were available. Just as an FYI, I’ve decided to re-read all the Harry Potter books! You can edit the text size, font, back light etc, which is ideal, as I would rather have huge text than squint my way through a chapter. The size is perfect to hold in your hand when reading, not too heavy- not too large.

As much as I would like to say that I only read on my commute, I am a sucker for Netflix, and so I downloaded the App on the Fire and started to download shows to watch on my journey. I used to do this on my phone, but that was ridiculous, I could barely see anything! Again, I feel that the size is ideal for watching shows, because it’s big enough to see what’s happening, but doesn’t take up a crazy amount of room in your bag. 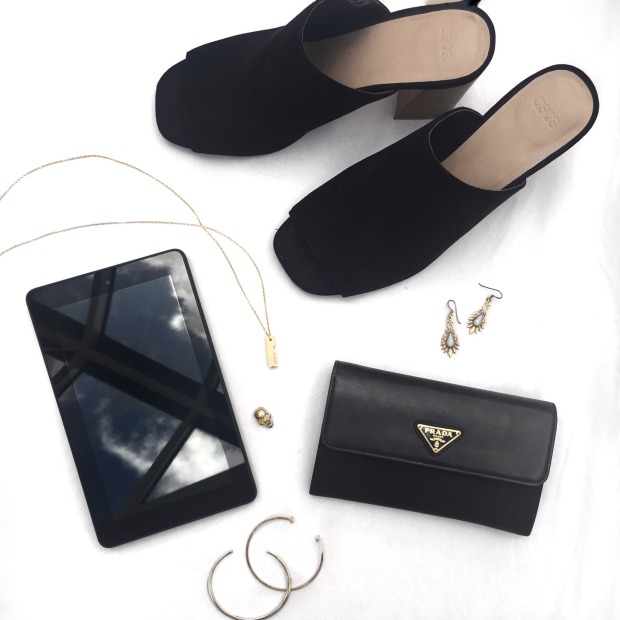 You can buy the Fire directly from Amazon here, now available in Magenta, Blue and Tangerine – but you know The London Foxx was always going to choose black!!